Emery Dean graduated from Braxton County High school in May 2020. He enrolled in the Network Administrator/Security program at West Virginia Junior College, immediately following his high school graduation.  He chose this program due to his love and passion for computers. He has been intrigued since he was little about “how a computer really works.” 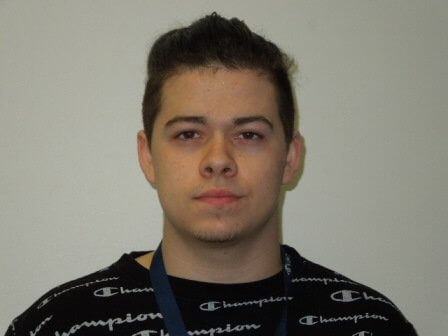 Emery is excited that this program will prepare him for computer troubleshooting and network structuring, as well as system security maintenance. Emery says that he is very happy that he chose WVJC Bridgeport over the other larger colleges around, because of the small class sizes. Emery is enjoying class so far. Emery said he is looking forward to building a computer of his own to take home with him!

Emery’s instructors enjoy having him in class and are confident in his success. He is dedicated to his work and studying. If there is a concept he doesn’t fully grasp, he will surely ask questions, but he leads with the eagerness to learn. Emery is a great student and is always attempting to explore explanations before solutions are given. He says that “WVJC helps make this possible with the small classes and one on one attention from each instructor.”  He mentioned that he feels more comfortable asking questions in smaller classes when there is something he struggles with understanding.  Emery says, “communication is seamless between emails with the instructors all the way to communicating any issue with the Campus President.”

Emery grew up playing around with computers and has always been computer savvy. He is hopeful that his future career will include building computers and troubleshooting them with a reputable company within the area. He looks forward to completing his degree and joining the workforce. 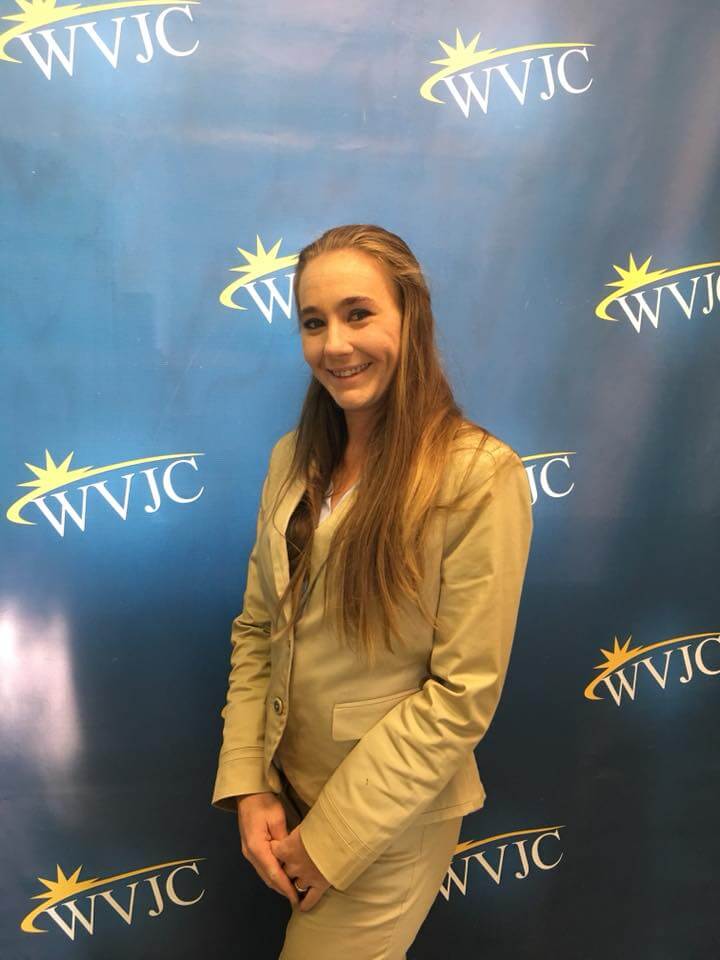 Dawn Riley grew up in Lewis County and graduated from Lewis County High School in 2007.  She has always been interested in computers and could always make them work.  One day, her mom brought home a computer from Goodwill and handed it to Dawn and said, “If you can make this work, it’s yours.”  Dawn made it work.  It became the “family” computer.  As Dawn was preparing to graduate high school, she began looking into Computer Science programs in Arizona.  As she was doing her research, she thought to herself, I’m not smart enough for that.

Dawn found herself applying at WVU and getting accepted.  She began there the fall after high school graduation.  She majored in International Studies with an emphasis in Business and minored in Religious Studies and Spanish.  (WOW)  Only one semester from graduation, Dawn found herself facing more emotional turmoil than she could handle.  Having to deal with these personal problems while juggling everything else was profoundly difficult.  Dawn decided to stop attending college; she needed a break.

A few months had passed and Dawn had no idea where her path was leading.  She was planning on traveling.  Where to go, what to do?  She did a lot of driving and seemed to always hear the same radio commercial.  Great Career, Great Life, West Virginia Junior College.  It was stuck in her head.  She will never forget the day that she was sitting and traffic singing the jingle when it came on the radio.  Dawn rolled her eyes.  As she did so, on the left sat West Virginia Junior College.  Dawn realized she needed to check it out.  She went home and put the request in for more information.  She received a phone call from Matt Hahn, an admissions representative.  Dawn was impressed by Matt’s passion for the program.  She came in to speak with Matt and was even more impressed.  Dawn enrolled in the Network Administration Security Program after speaking with Matt.  For once, she didn’t feel like she would be a fish out of water.

Dawn’s NA/S program began on February 14, 2017, run by Mrs. Robin Addis.    Dawn has learned an enormous amount since starting college here at WVJC.  She has learned that public speaking is not one of her strengths, but she is continually working on it and is no longer filled with anxiety when presenting.  She also has earned numerous certifications during her program which include:

She continues to add to that list on her own.  She has earned the MTA in OS and is working on the Network MTA. 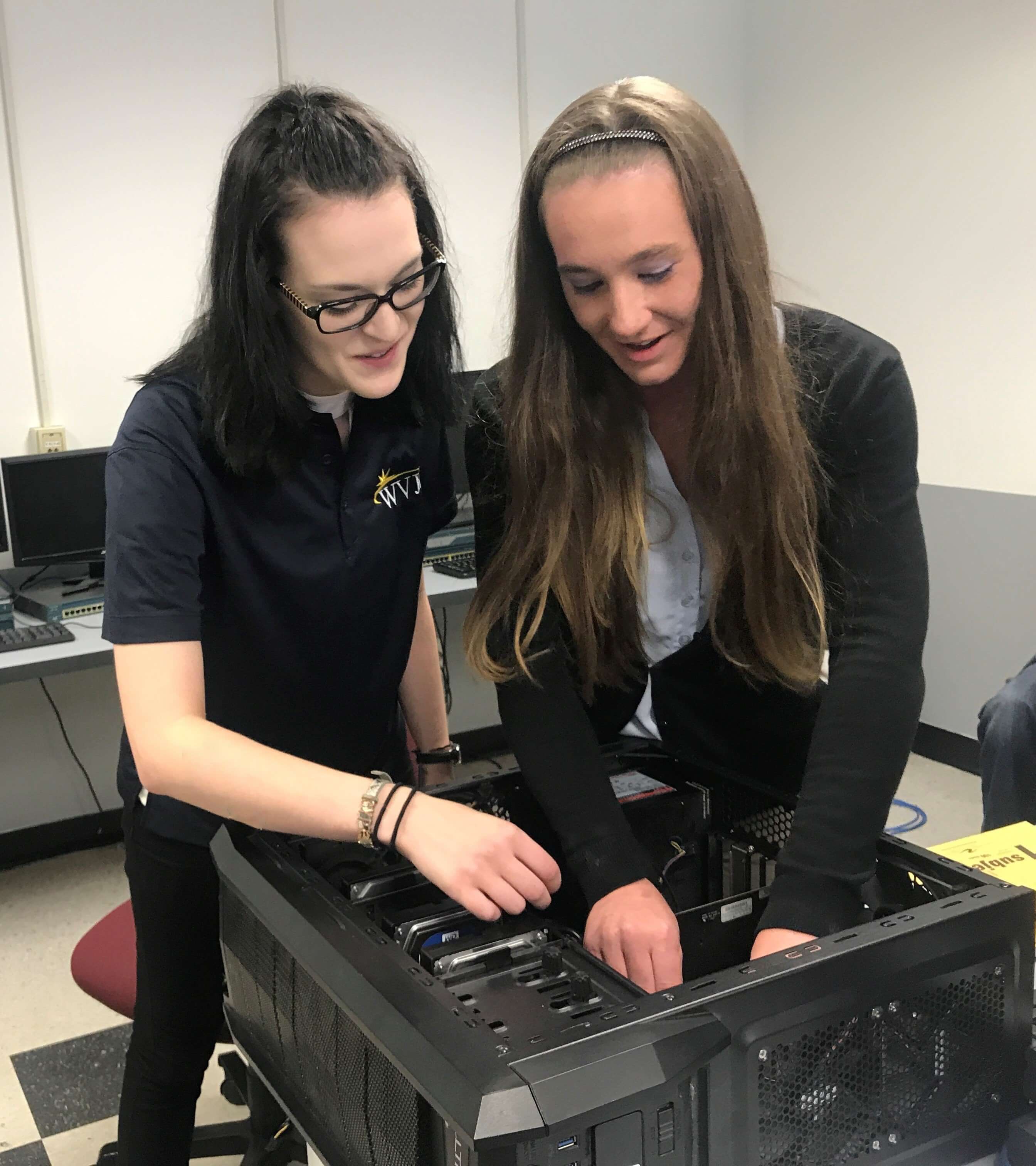 Not only has she surpassed her own expectations, her instructors let her lead as well.  For example, she had a hand in building one of our classrooms here on campus.  That entailed configuring all of the routers and computers and running the Ethernet cable to provide internet service to each computer, 15 in all.  She has done her externship at WVJC as well, as work study.  If any of the campus employees are having issues, Dawn is responsible for troubleshooting said issues and also for password security.  She works inside the campuses personal database to run reports that are pertinent to the employee’s daily routines.  Some of her day is also spent tutoring fellow classmates.

Dawn’s experience here so far has been an excellent one where she has grown both professionally and personally.  Dawn admits that she is most proud of her personal growth.  She has learned that her voice matters.  WVJC has given her the tools academically and personally to be able to overcome any fears she once had.  Her text anxiety has subsided with the personal help of her program director.  She has also taught herself to find balance.  When she put her education first, everything else fell into place.  In a field dominated by men, this young woman stands among them.  She stands strong.  She teaches the men around her how to perform in this environment.  She is truly kicking at the glass ceiling in the IT world and wants to be a part of the gender shift in the field.

After graduation in November, Dawn isn’t sure of her plans.  She wants to stay in Morgantown and earn more certifications so that Microsoft and CISCO are breaking down her door to hire her.  We at WVJC believe in Dawn Riley and all of her successes. 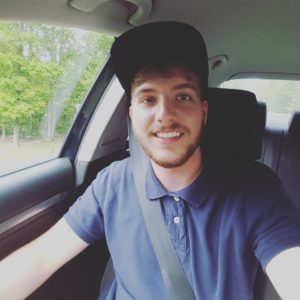