Recent West Virginia Junior College graduate Trent Stewart recalls weighing his options and searching diligently for the right college after graduating from high school. He had the opportunity to take some basic coding and graphic design classes during high school at a vocational facility and decided he wanted to pursue a program that he thought was “the right start for getting into the IT field.” 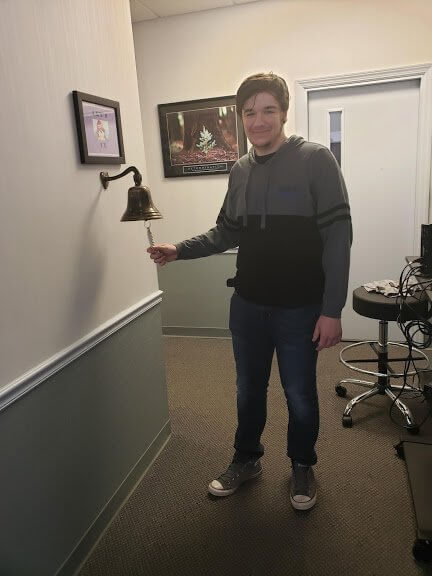 Trent revealed, “I never thought a traditional 4-year college degree program was right for me.”  He decided, instead, to attend WVJC where he was excited to pursue many employer recommended certifications and could earn a degree in just 18 months. He chose the Network Administration/Security program because he was impressed by its versatility. “I could learn not only about networking, but computer hardware, software, and databases as well!”

During his time at WVJC, Trent enjoyed his networking classes the most! He said that he received real-life experience and training by learning the inner workings of the Morgantown campus, focusing on the internal part of the network, commands, and troubleshooting. He credits IT/NAS Program Director Robin Addis and instructor Bobby Viands for being knowledgeable, accessible, and helpful guides with any issues he encountered with classroom projects.

Trent is a true WVJC success story! After earning his degree, he secured a position as an IT Support Technician for a local internet service provider company. He claims that, right now, it is “the ideal job with opportunities to grow and continue learning.” In the future, Trent hopes to advance his IT career by earning security clearance and he looks forward to becoming a homeowner.

“I would definitely refer WVJC to a friend,” Trent said. “The small classes allow more dedicated time to each individual student and it creates a family atmosphere! I think those are two really good reasons to recommend it!”