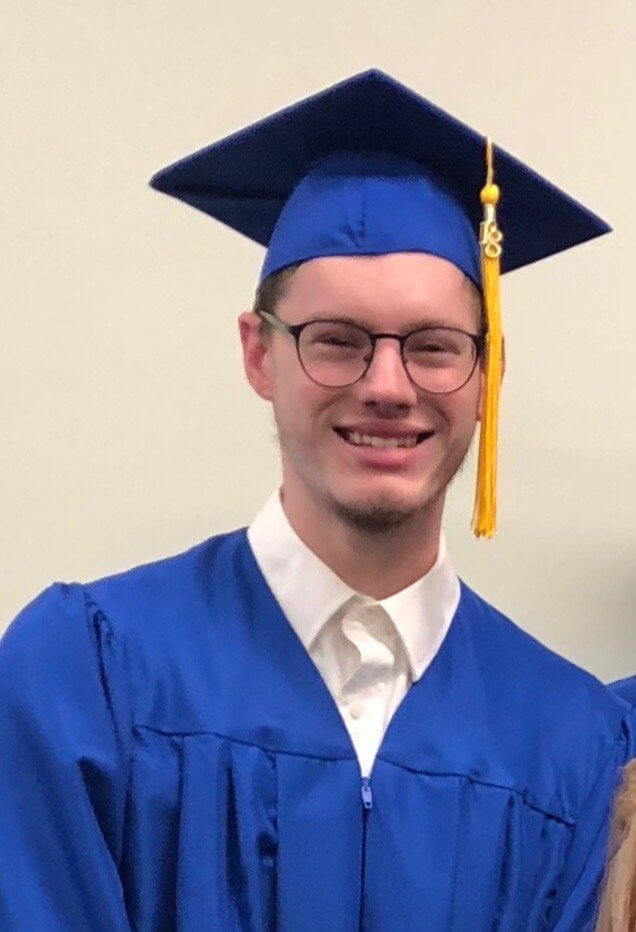 Wesley McGee began attending West Virginia Junior College freshly after high school. He is seeking an associate degree in Information Technology. He considered many careers paths in high school but none really fit what he wanted to do. Following his father’s advice, he enrolled in the IT program to give him a good starting point.

Wesley wants to make a name for himself in the world and plans to use his degree and certifications he obtained here to do so. He is motivated by his own drive to be the best he can be at whatever he does which he proves every day in the classroom.

Wesley chose WVJC because of his father’s recommendation and because of the small classes. He gets the chance to be hands-on and is provided a much more direct learning experience from his instructors. The small classes also give him the chance to know his classmates better and make friendships that will be the foundation of his time here. His favorite classes are the core IT classes. He said he gets to become better versed in the things he already knew a little bit about and apply them to the real world.

Wesley already has his foot firmly in the door of employment. With his A+ certification he received from his hard work and dedication, he has already landed a job at Staples and is well on his way to doing great things for his career.  With the experience he is gaining from this job, Wesley hopes to take those skills and turn them into a profitable and exciting career.

With a solid certification under his belt and the experience he will gain from his current job, Wesley has a bright future ahead of him. His education at WVJC has been a rewarding adventure and he won’t settle for anything less than the best for himself and his career.