“I have really enjoyed the relationships that I have made, and continue to build, with fellow students and staff, while also getting directly involved with my community.”  – Sean Wilfong

As we travel paths in our lives, very rarely are they straight.  Sure, we all have the best of intentions to meet a goal directly. Often, though, we are met with obstacles or choices that change our trajectory as we travel towards our goal. Sean Wilfong’s path is a great representation of this. 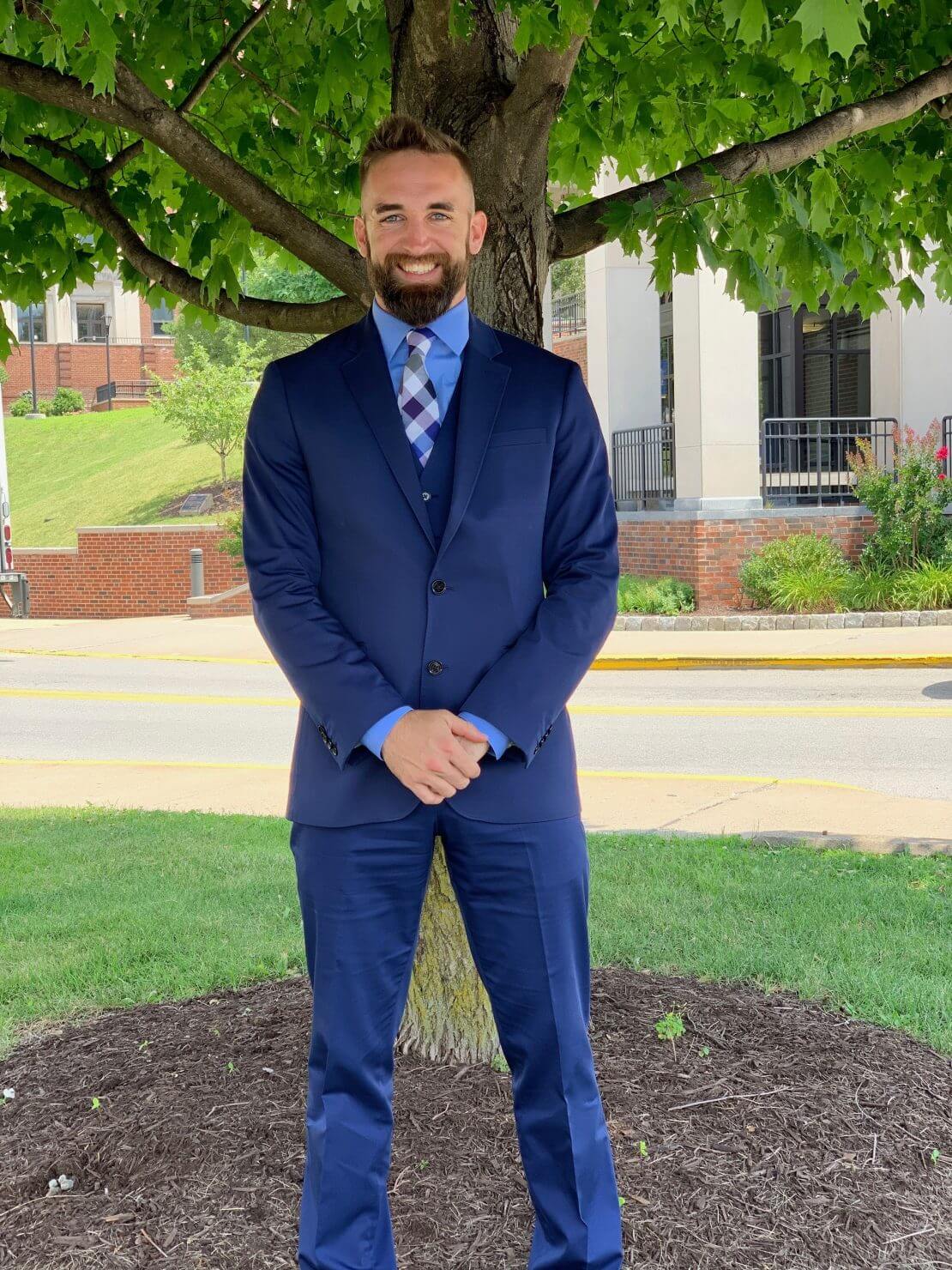 Sean’s journey began with WVJC Morgantown last winter, but his path started well before that. Sean has attended college in the past. “I was still a young kid with little sense of direction and clueless to where I wanted to end up or who I aspired to become.”  It was after this realization that Sean went on to serve in the Marine Corp.  After the military, Sean ended up back in WV working in manufacturing, where he stayed until he was laid off.

It was then that he realized he had two choices. “I was in the process of falling back on the route that would eventually send me back to the military.  Then I learned about WVJC and their short-term associate degree programs…and set my sights on that.”

Sean chose WVJC because of the job placement assistance available after graduation.  He chose his program because he wanted “to better my knowledge in personal finance and be able to grow within the business environment.”  As a student, Sean became impressed with his instructors.  “..an instructor is likely to stop (a lecture) in its tracks to present a real-life example.”

What Sean did not realize is that he would become an integral part of WVJC, building relationships with his classmates, faculty, staff, and administration in a positive way.  Not only a great student, Sean has also managed to become an important figure on campus and was even selected as President of Student Government.

Sean hopes to start his own business in the future.  “I would like to start my own business and become my own boss, be it through real estate or a similar venture. Life experiences have taught me that working for money is not happiness. My goal is to make my money work for me and to enjoy my job, whatever it may be.”