Kevin Mayhew is enrolled in the Pharmacy Technician program at West Virginia Junior College Morgantown.  He knew through research that the healthcare field was something that intrigued him and believed that it would be a good fit and allow him to help people.  Kevin believes that pharmacy “is the art of creativity and expertise to potentially save a life.” He has always described himself as an artistic person and compounding is “where the magic happens.” If you vary the recipe even slightly the product will be ruined. 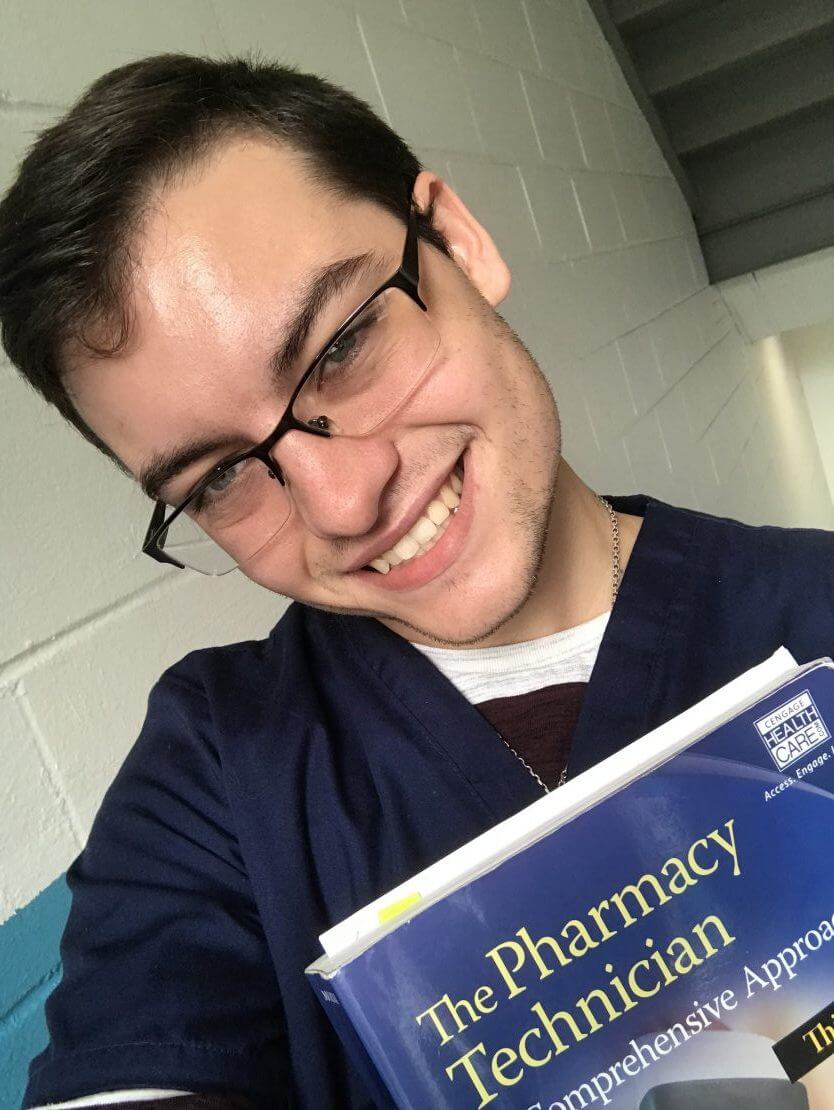 Prior to coming to WVJC, Kevin chose a different educational path.  While there, he changed his major a few times trying to find a good fit, but nothing seemed right for him.  His family taught him that there is “never a problem, only a solution.” He began to look elsewhere and speak with others about opportunities closer to home. He had a conversation with Diane, WVJC Morgantown’s Registrar and family friend. “She is just an angel! Diane told me about the program options, length of time, and the personal small class size. She told me I should come in to get information. So I did.” At that time Kevin had already completed two years of college and was over an hour away from home.  What made WVJC Morgantown most appealing was that the program was only 18 months long and was less than 30 minutes from his home. Kevin is excited that he will officially graduate in August 2019.

The support Kevin has received from his family keeps pushing him toward his career goals. “My family constantly reminds me that I am capable.” The WVJC students and staff have become an extended family of support for Kevin. Jaime, the Pharmacy Technician program director, “knows each of her student’s strengths and uses them to help build us up. She won’t quit on you and is very patient. Jaime tells me often that I have ‘strengths’ and that I ‘can do this’.  Kevin doesn’t know where he would be without all of the supportive people in his life.

Kevin recommends taking the time to find out about fields of study that interest you. When you are pursuing your degree, “remind yourself of the goals that brought you to WVJC. It will help to keep you motivated to want to do it.” Kevin’s career goals have him looking for careers in the Virgin Islands. He is looking for a career in a community where “everyone will know him and he will know them.”