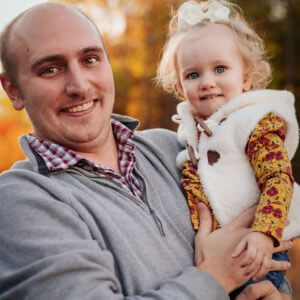 Robert Lynch is a successful graduate of West Virginia Junior College-Morgantown, class of 2016, from the Information Technology program. Robert became part of the West Virginia Junior College academic faculty shortly after graduating from the IT program. He jumped at the opportunity to work at the college after having an externship within the IT program under the direction of Robin Addis. Robert is a Technical Support Analyst, primarily focused on WVJC Online. He maintains the technical support for over 400 online students and resolves the issues students might have in regards to their online classes or Canvas. As a devoted and passionate faculty member here at WVJC, Robert strives to ensure that all technology is working appropriately and accurately in order to help the students transition smoothly throughout their online courses.

Robert’s responsibilities as a Support Analyst include, but are not limited to, being the first point of contact if an issue arises and making certain a good ticketing system is implemented. By executing the ticketing system, the numerical order of students that inquire about an issue is maintained and those tickets are taken in the order as they came to him and finished in a timely manner. Robert also assists alongside Ryan Langley, Director of IDT, creating and designing our online campus, Canvas. Robert felt that he was lacking direction and skill within the HTML applications when assisting Ryan with the Canvas design. While working with Ryan, Robert realized he knew more than he thought and was able to rely on his creative and educational background.

Robert has become a crucial and dedicated employee and team member in the IT Department, due largely to Robin Addis and the WVJC faculty during his time as a student. Robert’s drive and intelligence pushed his desire to be the best student possible to achieve what he might have thought was not possible. Robin’s method of teaching during Robert’s time as a student was more strategy and hands-on than lecturing. Robert worked diligently at the hands-on practices that helped engrave the process of networking. This made him the vital employee and certified technician he has become within our team at WVJC. Robert is also working on furthering his education by pursuing a degree in Network Administration and Security at WVJC. As Robert works on his degree in NAS, he is developing his skill set and working on the next level of his Cisco certification, CCNP Security. This is the 2-year goal he has set for himself.  Since graduating from WVJC, Robert has established his own business, Twenty-First Century Solutions, which does IT consulting.

Robert’s path up to this point was not necessarily the path he expected he would end up taking.  Robert graduated from Morgantown High School in 2007 as a C and D student. After high school graduation, Robert explored his options and gained employment as a car salesman. Robert really enjoyed selling cars. At times he was excelling tremendously, then other times it would plateau. With this type of fluctuation in wages it was too stressful and Robert could not take the chance of receiving minimum wage and/or commission alone. Robert had other job offers which paid more and had a little bit more financial security, but he stated, “I knew I wanted something more for my life”.  Robert explored his options at a college, but ended up dropping out. He had several friends that attended WVJC and went through and graduated from the Information Technology program. Robert saw the success his friends had through the program, which made him explore WVJC. Robert knew things needed to change, he needed financial security and stability at this time in his life, due to the expected birth of his daughter, Audrey.

Robert came to WVJC, enrolled as a student in the IT program and became a successful 4.0 student. Robert did have some ups and downs when it came to his 3rd term when his daughter was born during finals. With the help of staff, Robert was able to retake his finals. Even with some hiccups, Robert’s dedication to finishing the program, gave him the drive and desire that helped him become a successful graduate from WVJC in March 2016.

For important information about the educational debt, earnings, and completion rates of students who attended the Information Technology program CLICK HERE and for Network Administration/Security CLICK HERE.