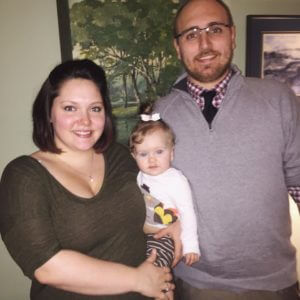 Success.  How do you define it?  When do you reach a point in your life where you can say you are “Successful”? Is it something that you own that makes you successful, like that new 2017 Jeep Wrangler?  Or maybe it’s being able to pay all of your bills without worry; perhaps it’s going to a job that you love, or maybe it’s all of those things combined. This concept of success is defined different by everyone.  It is not something that somebody else tells you, it’s something that you tell yourself.   The journey to find your own version of success is often varied and winding, and let’s be honest, we usually get really good stories out of the learning process. This is the story of WVJC-Morgantown Information Technology graduate, current Technical Support Analyst, Robert Lynch.

Robert started his educational journey like many students out of high school; he attended a four year institution, where he felt more like a number than a person.  He made it two years before the appeal of work outweighed going to class.  Robert stated that “the curriculum never challenged me, which made me feel like I wasn’t learning anything”.  That is a fair and valid point that all college students should ask themselves!  What am I getting out of this?! When Robert asked himself that question, the answer was not positive. Like Many students, he chose to work a few years and see what that was like… well, he didn’t like the dead-end jobs.  So back to school he went…

He finished up an Associate degree in applied sciences and started looking for those “big-boy” jobs; you know, the ones that people call you successful in. Even though Robert looked, he didn’t find one that made him personally feel successful “Most of the places I worked were unrewarding and I just felt like I could do better”.

Robert wanted to do better for himself. He wanted a position where he could enjoy going to work and feel personally rewarded for what he accomplished. He had always had a passion for Information Technology and wanted to pursue it.  This started the process to explore different colleges.  By this point in Roberts’s journey, he knew what he wanted to stay away from in a college and knew that he should be picky in order to find a school that fit him and his goals.  He looked at WVJC-Morgantown’s Information Technology program. WVJC-Morgantown gave him the option to be a hands on student in the field of Information Technology without feeling like a number.  The IT program gave him what he was looking for in a school and future job, an intense amount of hands on training.  After having the experience of going to three different colleges, Robert had this to say about WVJC-Morgantown’s Information Technology program. “Everything about the program was geared towards real world skills and all of the instructors really cared about the success of their students.”

There’s that word again, success.  Robert made choices on his journey towards success.  He chose to not settle for a school that he didn’t enjoy or jobs that were not fulfilling to him.  Because of that, he found his path here at WVJC-Morgantown in our Information Technology program.  This path has lead Robert to be successful.  When he finished his degree at WVJC-Morgantown he started looking for those “big-boy” jobs… and boy did he find them.  He had multiple job offers that he had to wade through to pick one that suited him.  Robert currently works at WVJC-online as a Technical Support Analyst. To Robert, he has achieved success in graduating from WVJC-Morgantown’s Information Technology program.  Robert knows that it is up to him to continue to make decisions that will lead him towards personal success on a daily basis.  We here at WVJC-Morgantown, are proud to be part of his current success, and eagerly look forward to his future successes.