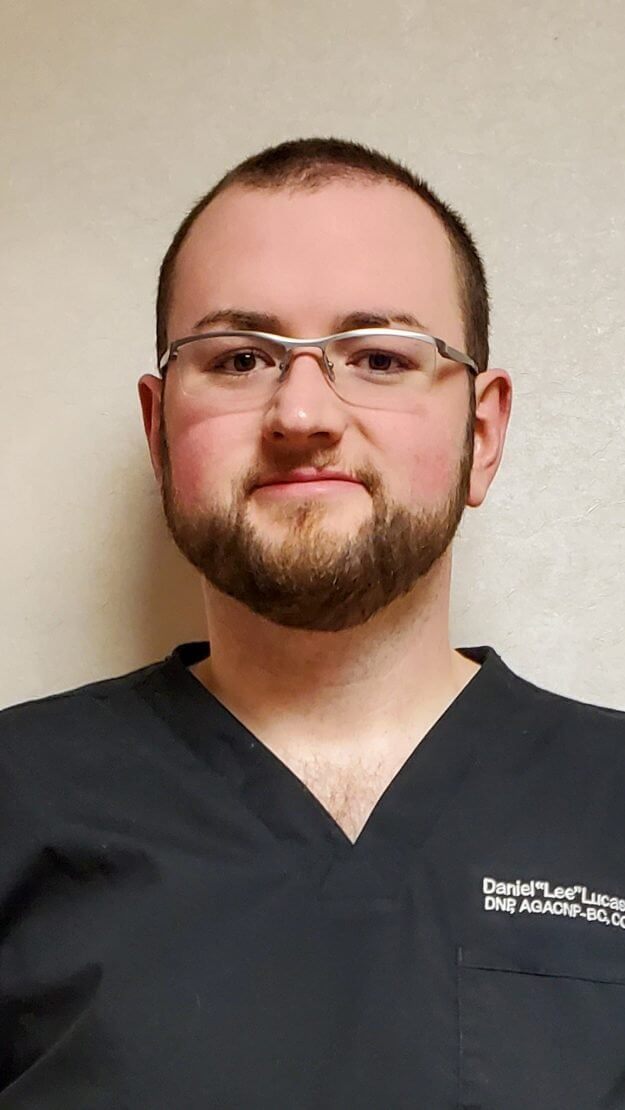 Dr. Lee Lucas-Neel has extensive nursing knowledge in emergency medicine and critical-care medicine. At the age of 18, he started as an emergency medical technician (EMT) for his hometown rescue squad. In 2008, he obtained an associate degree in emergency medical services from Southwest Virginia Community College in Richlands, Virginia, and became certified as a nationally registered paramedic (NRP). He worked in the inter-facility critical-care setting transporting patients from low acuity hospitals to tertiary centers. In 2009, he started working for Pulaski County EMS and 911 calls for the county.

Dr. Lucas-Neel wanted to advance his medical knowledge and proceeded to nursing school. In 2010, he obtained his associate degree in nursing from Wytheville Community College in Wytheville, Virginia. He worked in the medical ICU at Lewis-Gale Hospital in Salem, Virginia, as a new graduate registered nurse. While working at Lewis-Gale Hospital, Dr. Lucas-Neel attended Old Dominion University (ODU) and obtained his bachelor of science in nursing (BSN). After two years, he went on to serve as the Clinical Team Leader in the emergency department at Carilion New River Valley Medical Center (CNRVMC) in Christiansburg, Virginia. While at CNRVMC he served as the nursing house supervisor and also provided PICC services to patients.

In 2014, Dr. Lucas-Neel moved to Charleston, West Virginia, to be with his now husband of four years, Dr. Jonathan Lucas-Neel. He worked at Select Specialty Hospital from 2014 to 2016 as a registered nurse. While working full-time at Select Specialty Hospital, he attended Georgetown University full-time and obtained his master of science in nursing degree (MS) in 2015. After graduating with his MS, Dr. Lucas-Neel successfully passed his ANCC certification and became a board certified Adult-Gerontology Acute Care Nurse Practitioner. Dr. Lucas-Neel has worked at Charleston Area Medical Center with the intensivist team in the medical ICU and the Neuro Science ICU since March of 2016. He also works per diem in the emergency departments at CAMC Memorial division and CAMC General Division.

Dr. Lucas-Neel returned to ODU in January of 2017 and completed his doctorate of nursing practice in May of 2019. His capstone focused on ICU delirium and the use of the Confusion Assessment Method for the ICU (CAM-ICU). Dr. Lucas-Neel is also adjunct faculty for Georgetown University and teaches in Georgetown University’s Adult-Gerontology Acute Care Nurse Practitioner program. He is a member of the American Association of Critical-Care Nurses (AACN), American Nurses Association (ANA), Board of Certification in Emergency Nursing (BCEN), Society of Critical Care Medicine (SCCM), and the West Virginia Nurse’s Association (WVNA). He holds certifications in Advanced Cardiac Life Support (ACLS), Advanced Trauma Life Support (ATLS), and Basic Life Support (BLS). He also holds the following certifications; Certified Critical-Care Registered Nurse (CCRN) and Certified Emergency Nurse (CEN). In his free time, Dr. Lucas-Neel enjoys reading, watching movies, Netflix and ‘chill, traveling, and spending time with his three dogs and cat. He hopes to return to school in 2020 to obtain his poster-master’s certificate as a Family Nurse Practitioner. 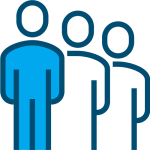 Get started at WVJC today by applying to our career training school online!

Request more information about each of our campuses by reaching out!

Scholarships are available for many of our programs and vary by location.